“No one ever became poor by giving.” – Winnie Cheah, Managing Director of Win Advisors

BBA Class of 1992 alumna Winnie Cheah lived out her university days in financial lack. After her father passed away when she was in junior college, Winnie worked various part-time jobs to sustain her university fees and basic expenses. She recalled almost passing out from hunger because she did not have enough for meals.

But from this hardship birthed the motivation to excel and to always have more than enough for herself and her loved ones. Winnie’s career began in a local financial institution where she took on a role in credit and marketing. Eventually, she made a switch to the financial services industry where she achieved great success as an Agency Director at Win Financial Group, an authorised representative of AIA Singapore. She also set up her own training and consultancy company, Win Advisors Pte Ltd.

Winnie believes that “no one ever became poor by giving.” For her, taking that first step to give has resulted in manifold intangible returns. Her experiences meeting fellow donors, and being able to help her recipients financially has provided her a sense of fulfilment found nowhere else.

Being in a needy situation before, Winnie hopes that the Win Advisors scholarship can encourage students to take charge of their own destiny, pursue their passions, succeed in their careers, and eventually pay it forward by contributing back to society.

What Our Recipients Say 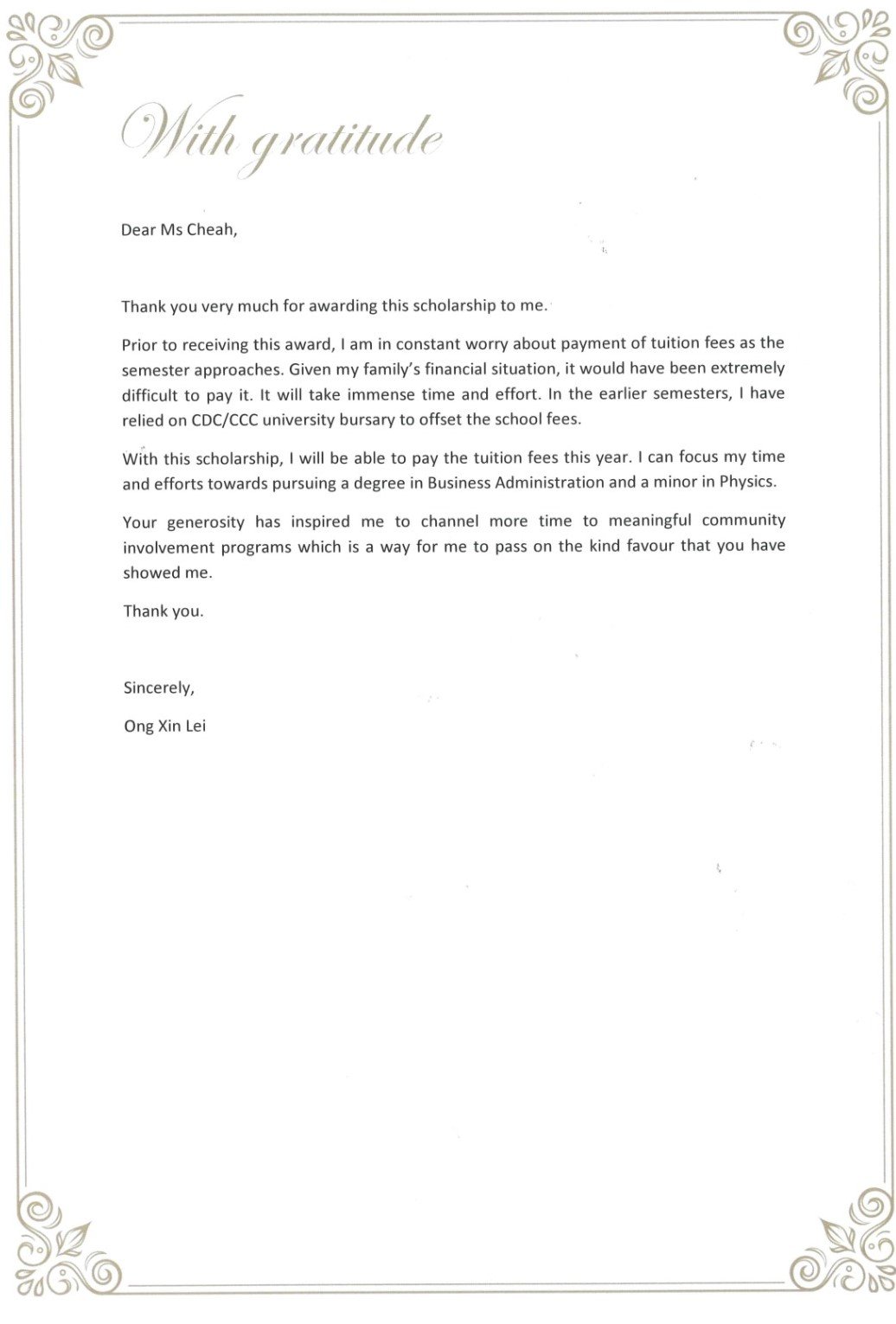 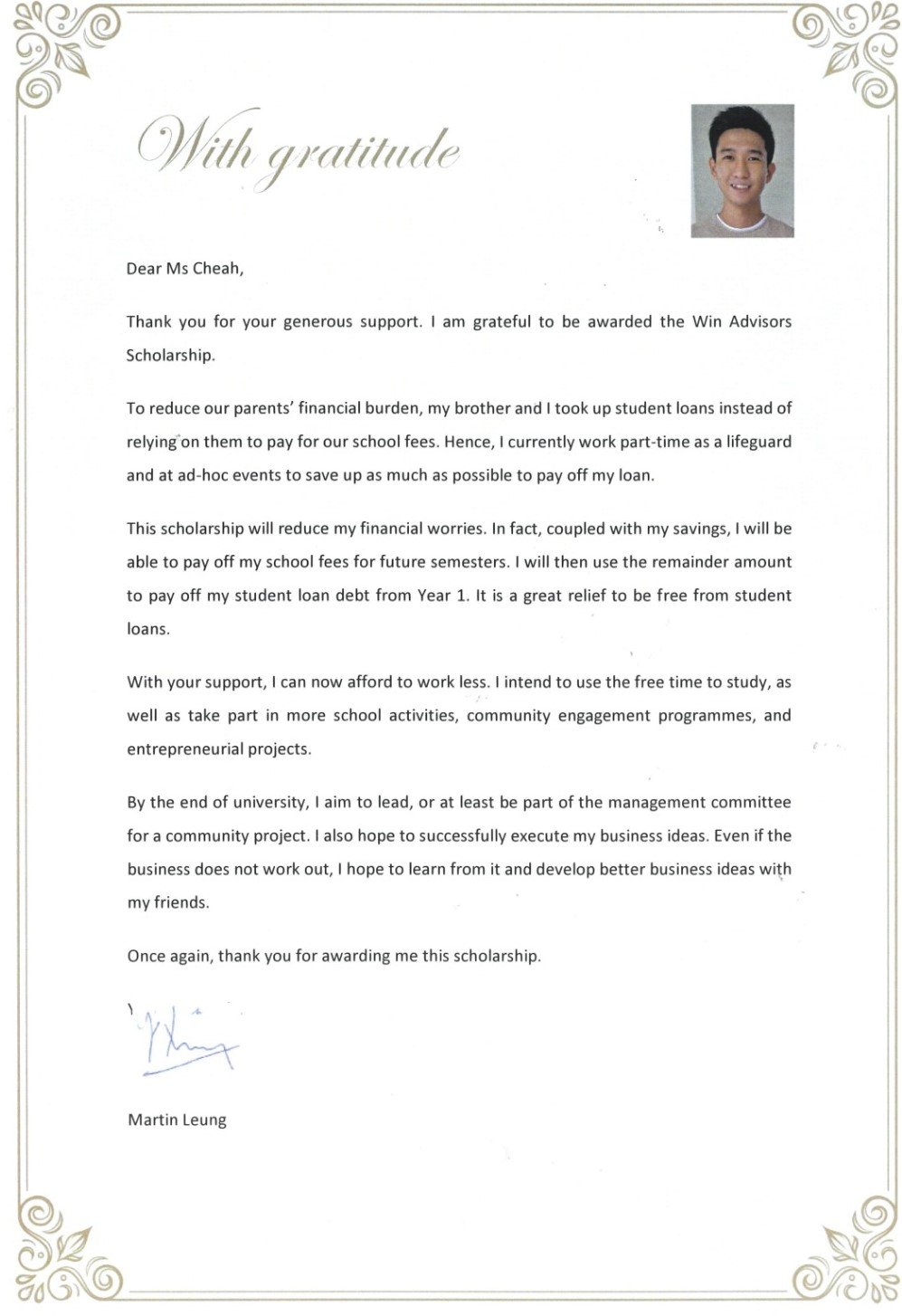 Letter of Gratitude by Martin Leung 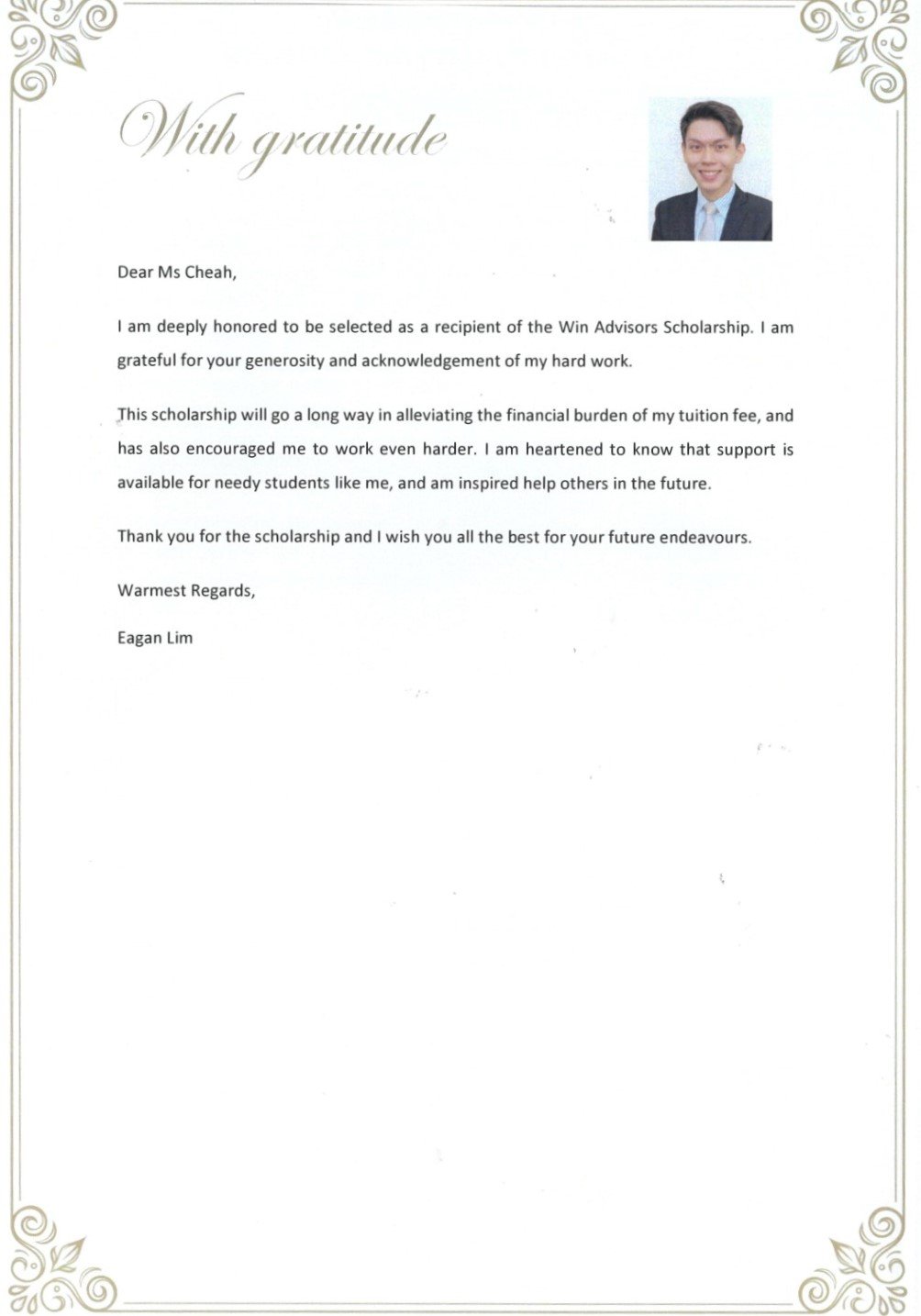 Letter of Gratitude by Eagan Lim 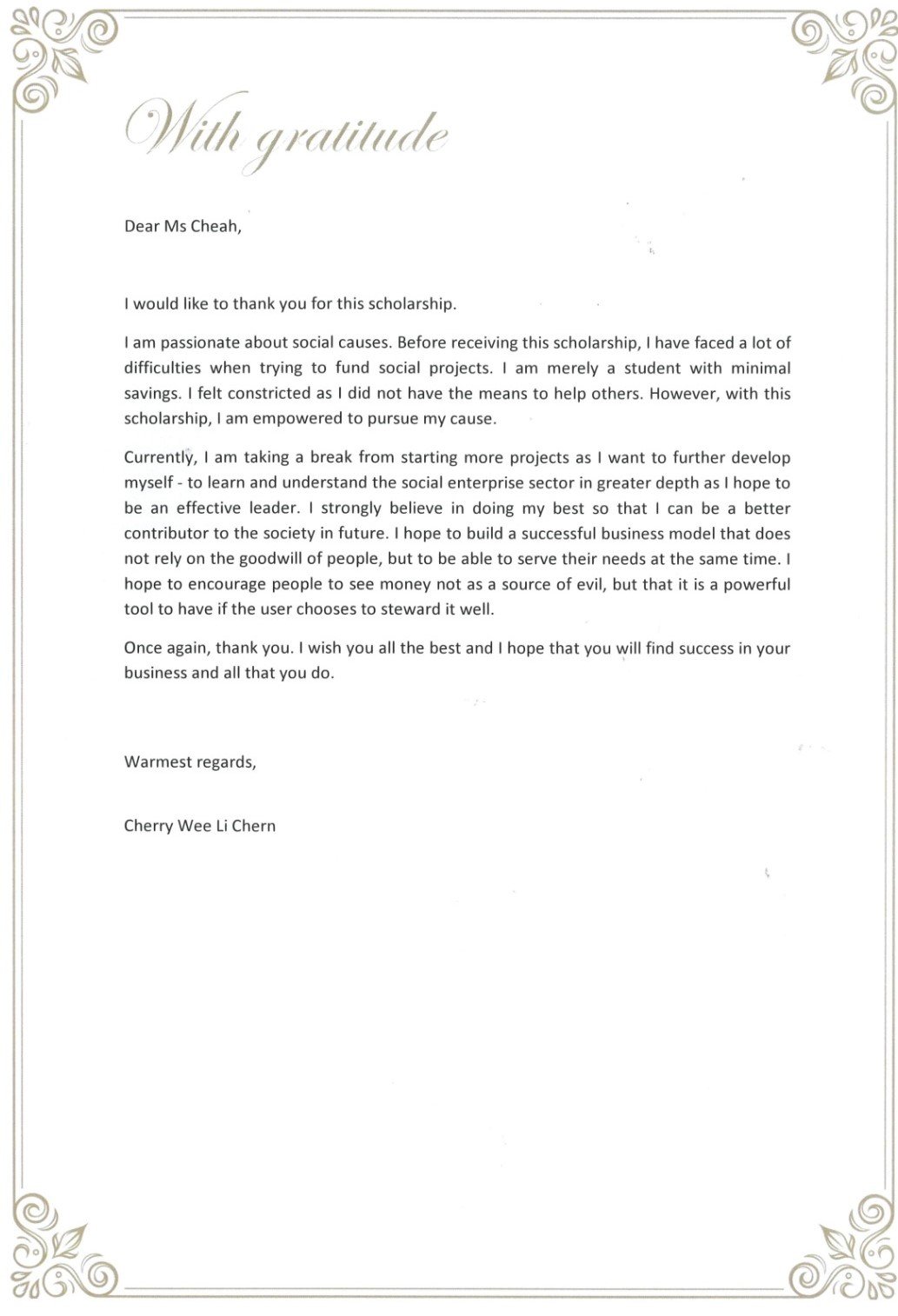 Letter of Gratitude by Cherry Wee

No bond is required under terms of this scholarship but beneficiaries will be invited to explore Summer Internship with Win Advisors to understand more about Entrepreneurship. Win Advisors currently runs a 10-week summer internship programme that helps undergraduates develop essential skills that prepare them for the real world.

For more information on the internship, please email your queries to career@winadvisors.com.sg, reference “WinAdvisorsScholarship”.

WhatsApp Chat is free, download and try it now here!