5 Ways to Promote Racial Harmony in the Workplace

For many Singaporeans, Racial Harmony Day may bring memories of dressing up in our traditional outfits while we were schooling. 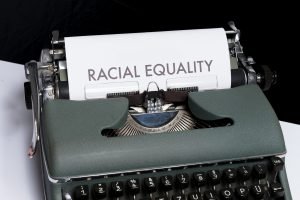 Photo by Matthias Wagner on Unsplash

We have come a long way from the Maria Hertogh Racial Riots in 1950, with new laws to strengthen anti-discrimination in the workplace. Yet, there are still instances of racial discrimination in the workplace today. A survey conducted by CNA and the Institute of Policy Studies found that a higher proportion of Malay (19 to 21 per cent) and Indian respondents (14 to 19 per cent) felt that they had been treated unfairly at work, compared to Chinese respondents (4 to 6 per cent) (Channel News Asia, 2022).

Racial harmony should not be taken for granted. It is important to address racial inequity by taking active steps to prevent discrimination. Your organisation can play a part in fostering a more inclusive workplace. Here are five ways to promote racial harmony in the workplace!

Although you may have a general awareness of how racism can occur, those belonging to the majority may not realise it when it happens in their workplace. Modern racism has taken more subtle forms such as microaggressions which can be harder to identify. Seemingly harmless comments like asking people of colour where they are from, or in the context of the US, praising a native black for how well they speak English, can be considered as microaggressions (SHRM, 2018). It is important to address these gaps which can undermine efforts to combat race- or ethnicity-based discrimination in the workplace.

To begin, your organisation can provide resources to educate individuals about the culture of racism and the history of different races. Another platform is to utilise your websites and other online platforms to promote awareness of social issues. One example is Ben and Jerry’s which used their website and social media to stand up against white supremacy and even came up with a new ice cream flavour called Justice Remix’d (Forbes, 2020). Newsletters can also share social issues to raise awareness.

While raising awareness is a great first step, there remain structural practices that enable racism. Shockingly, nearly half of Singaporean respondents for a survey would choose to stay silent instead of reporting racial discrimination (Channel News Asia, 2022). It is important to identify and eliminate these barriers to ensure a truly inclusive workplace.

One way to do so is to have bias interruptors, where tweaks are made to existing business systems, such as hiring practices and performance evaluations, to stop and correct implicit workplace biases. For example, the job description could be re-written, software could be used to screen applicants and criteria for performance evaluations can be reworked (SHRM, 2018).

Besides eliminating the bad, it is also good to create a positive culture by embedding anti-racism into a company’s values, training and actions. For change to be more effective, it should be introduced from top-down, with the management setting a positive example. Hiring inclusively can create cultural diversity which can help to combat racism. Leaders in the company also need to set the tone that racist behaviour will not be tolerated, as letting one comment slide can set the precedent for normalising racist behaviour (Forbes, 2020).

As for changing attitudes on the ground, racial bias training can be introduced. For example, in response to the George Floyd incident, Starbucks closed all of its stores for a one-day racial bias training program. The program aimed to create awareness of unconscious bias, using the video “The Story of Access” which featured first-person accounts of the psychological toll of dealing with racism on a daily basis (SHRM, 2018).

4. Have Conversations About Racism

People may not be willing to speak up about racism because they worry that it may jeopardise their career. However, creating a space for conversations about racism can help to broaden individuals’ awareness of racism and serve as a check and balance against any unconscious racial bias influencing their actions.

In addition to the informal methods of changing attitudes, formal institutions can serve as a backbone for ensuring racial harmony. A strong way to ensure racial harmony is to provide employees with a safe and secure method of reporting any harassment they face. For example, an anonymous helpline can help to tackle the problem early before it escalates.

It is good to have a well-documented racial equality, awareness and diversity policy included in training and displayed in a prominent place to constantly remind employees of racial harmony. (Red Flag Reporting, 2019).

Singapore is often likened to a local dish, Rojak, due to our multi-racial society. Each ingredient brings their unique flavour to the dish, and the dish would not be the same without a missing ingredient. Let us work together to create a racially harmonious workplace!

For more articles related to workplace excellence, subscribe to our newsletter! 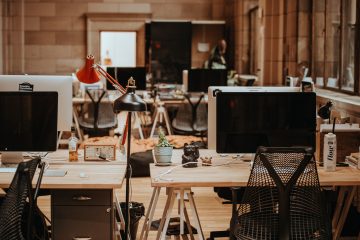 5 Ways to Navigate Changes in the Workplace This Pandemic

Reading Time: 4 minutes The fatigue from the different ‘phases’ of restrictions in Singapore during the Covid-19 pandemic has hit many companies hard. Photo by Annie Spratt on Unsplash Whether all Singaporeans are required to work from home, or Read more… 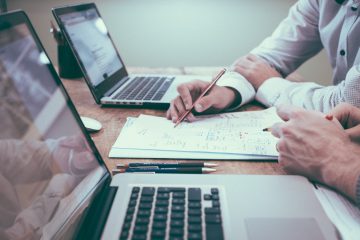 Reading Time: 4 minutes Hiring the right employees is half the battle won; the next step is to retain your talent. Image Source: Photo by Scott Graham on Unsplash Having a high turnover rate is not the most efficient Read more… 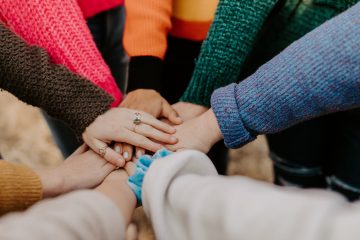 Reading Time: 4 minutes “If you want to go fast, go alone. If you want to go far, go together.” — African proverb (unknown source) People photo created by tirachardz – www.freepik.com An organisation is more than the sum Read more…

WhatsApp Chat is free, download and try it now here!